The Wild West has produced a vast amount of cultural imagery so if I watch a western movie there are certain icons of the Old West that I wouldn’t be surprised to see and many that I would expect.

image source:
Of course (and sadly) the Wild West is in the past and how it’s depicted is ultimately the vision of the filmmaker, the writer or researcher, but we, well me anyway has been influenced by western movies of my youth and these are some iconic subjects that transported me to an exciting and exotic place, being so far removed from the humdrum world outside the Odeon on a Saturday morning.

So I am taking a lighted-hearted spin through the imagery of the American West and how it has been portrayed in western movies. The last two are my favorites, not sure why perhaps it’s the progress or excitement of adventure that they conjure.

In particular, the Winchester Rifle much favoured by John Wayne (Winchester ’92) in many of his classic western movies – “Fill Your Hands…” etc..
And the Colt 45 – with metal cartridge bullets, The Peacemaker was “The Gun That Won The West”. So cool, Colt 45 was even the can beer of choice for me at one time.

The Wild West saloon bar first developed in the early 1820s to allow traders, soldiers, miners, cowboys to spend their money on dodgy whiskey and warm beer. Where else would you find such a place with those little swinging double hinged batwing doors – what were they all about?

Also from our knowledge of watching many old western movies, we know that there would always be a card game going on and often some attractive dancing girls hanging around and when a fight started the tables and chairs weren’t very well made. Oh and I’m not going near spittoons.

When I was young I remember watching a western with friends and although I don’t recall the film it started becoming a little cliche’d so one of us said it’ll mention “Deadwood” and sure enough it did then one of us said “Yeah and Tombstone, O.K. Corral, Boot Hill, Dodge City. Every iconic town or place we could think of became part of the storyline – wish I could remember the film. I’m sure there are many more – anyone?

How can we have a movie based in the Wild West without cowboys? The American cowboy was an evolution, the origins being the Mexican equivalent, the Vaquero (Buckaroo) along with his chaps, hats, branding irons, lassos and the rest of the cowboy equipment. Quite often it seemed from the films that cowboys were often just dudes who lived and did nefarious things on the range, in saloons in places like Dodge. If you got cowboys, you gotta have…

I always had a soft spot for the “Red Indian” as they were called in past times. I never understood why they were red. They didn’t look red and surely it wouldn’t be the continual exposure to the sun. In later years I realised it was the red ochre paint they applied that gave them their name. I loved all their adornments.
From the old western movies we watched we expect to see groups of Indians living in tipis, communicating with smoke signals and puffing on pipes to chill out in the evening – and the women always seem to be doing most of the work.

Films like Cheyenne Autumn and Dances With Wolves have gone some way to address an imbalance of perception.

There’s been a number of good baddies portrayed in modern westerns like Butch & Sundance but you’ve got to have a baddie haven’t you? All the best western movies must have a gunfight – a conflict between good and evil.

In reality, yes there were many infamous outlaws but they were never as lethal as is often depicted in western movies.
And I don’t believe the baddies or even the good guys were that good at the…

Often a climactic scene and most of the time at the end of the film. The face-to-face standoff quick draw! Although made famous by the publicity that surrounded Wild Bill Hickok’s wild west shootout with Davis Tutt it rarely happened in history but who cares.

My music teacher used to say “they couldn’t hit a barn door within 10 paces”. He was mad on the Wild West so we enjoyed our music lessons. It was better than being taught Brahms. Anyway who can forget John Wayne and Robert Duval shooting it out in True Grit, William Holden & co. in The Wild Bunch or probably the most infamous of all the Gunfight at the O.K. Corral depicted in the film of the same name (1957), Tombstone and others.

And so I must mention the undertaker. Usually a slight bearded old guy with a bushy beard. He always looked pleased when a gunfight was about to take place. But who paid him?

I love the stagecoach – such an iconic image of the genre’s movies and lending its name to one of the top western movies of all time featuring John Wayne and directed by John Ford.

The stagecoach was not peculiar to America but very cool especially given the backdrop of the Old West and surprisingly comfortable due to new suspension ideas that were applied – apparently like a “cradle on wheels” according to Mark Twain.

A quick nod to Wells Fargo whose name was emblazoned on their stagecoaches as deliverers of the US mail and conjuring up the Wild West romanticism. And so in the same breath, Pony Express must be mentioned intertwined with Wells Fargo through their service and logo.

Surely a top icon of the American West. Used initially over undeveloped roads for migration southwards but later the “Prairie Schooner” and it’s eclectic pioneers went west along the well-worn routes of the Oregon and Santa Fe trails looking for a better future. I love the image of 100s of these small homes crossing the prairies.

So important and iconic that not only was a film made called The Covered Wagon but also a movie and TV series called Wagon Train.

We often see wagon trains depicted in old westerns, forming a circle to fend off Indian attacks (in reality very rare) and the attackers would continually circle the defensive barrage being picked off like ducks in a fairground shooting gallery. That is until their numbers were so depleted they would skedaddle. Were they confused by the circle of wagons?

The Iron Horse – The Frontier Railroads

The covered wagon became pretty much redundant when the trains came to town in the Wild West. The first transcontinental railroad finished in 1869 and by the 1890s the old pioneering days were almost a thing of the past. The 1924 movie The Iron Horse, which tells the story of how The West was really won is a silent movie wonderfully directed by John Ford and is worth watching.

But it’s those sticky out bits at the front of the train that makes it so iconic and why were they designed like that? I know they would have been useful for forging through snow drifts but across the prairies?

Well that’s some of my favorite iconic Wild West images as no doubt influenced by my watching lots of American western films throughout my life.
I know I’ll wake up one morning or see a film and think “why didn’t I think of that one” and I know someone will say “why didn’t you pick that one” but I’ll just have to write some more another time.
Actually just thought of some more favorites… 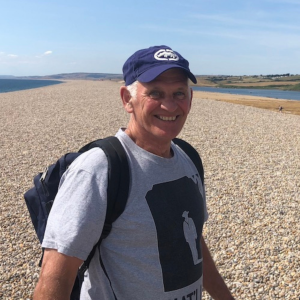 2 thoughts on “10 Most Enduring Iconic Imagery In Western Movies”