If you’re a fan of The Quiet Man, the 1952 movie directed by John Ford and of course starring John Wayne and Maureen O’Hara, then you’ll love this novel by our very own writer Steve Mayhew entitled Connemara Days

An overview of the story…

In 1951 legendary Hollywood director John Ford and a cast including John Wayne, Maureen O’Hara and Victor McLaglen descended upon the village of Cong located on the County Mayo border to make what is now recognized as one of Ford’s most popular films, ‘The Quiet Man’.

‘Connemara Days’ intertwines the factual account of the making of the film with the fictional trials and tribulations of the O’Dea family, long-time inhabitants of Cong. Eight-year-old Thomas O’Dea, his teenage sister Heather and their mother Mary are left to fend for themselves when their father Patrick abandons the family home.

In his father’s absence Thomas hero-worships the great cowboy star John Wayne whilst his sister’s love for Joe Yates, a young American working on ‘The Quiet Man’ presents Heather with an opportunity to leave the village and make a new life for herself on the other side of the world.

In the meantime, the villagers find they are doubly blessed for not only has Ford and his illustrious company decided to use Cong as a backdrop for the film but the ESB has finally seen fit to supply the village and the surrounding area with electricity. Some of the characters welcome the arrival of this new source of energy with open arms whilst others view this new source of power with suspicion.

’ relates the reactions of these fictional characters and the petty jealousies and settling of old scores leading up to the celebrations planned to commemorate the introduction of electricity into the village. 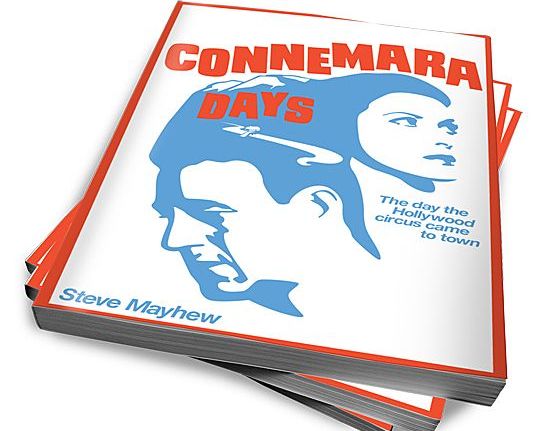 And if you’re a fan of John Wayne, Western Movies, John Ford & more take a look at our other articles on the MostlyWesterns.com site.