They say you should never meet your heros as they’re bound to let you down or disappoint in one way or another. I’ve been very lucky to have met both my musical hero, Brian Wilson, and also my film hero, Ray Harryhausen, and neither one disappointed me. 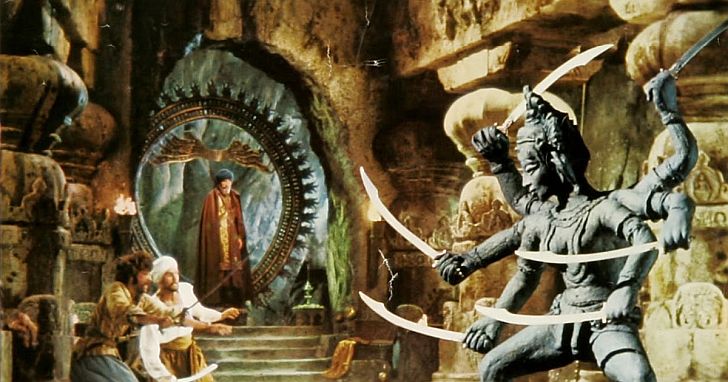 The meeting with Brian Wilson was kind of a semi-business encounter but I was still thrilled beyond words. The meeting with Ray Harryhausen was almost accidental, but looking back I figure fate had a lot to do with it.

A film producer friend of mine, Gareth Owen, works out of Pinewood studios and arranges a monthly lunch for individuals working within the film industry. The guests at these gatherings also usually work in the industry as well so it’s a good opportunity for everyone to network, and for the guest of honour to talk about their latest venture to a like-minded audience.

Back in 2004 Gareth kindly offered my youngest daughter a week’s work experience helping out in his office. When my daughter got back from work on the first day I asked her how everything had gone. She said she hadn’t done much other than answer the phone and make tea but Gareth had got her involved in helping to finalise arrangements for the media lunch to be held at the end of the week.

I casually asked who the guest of honour was and my daughter, equally as casual but somewhat disinterestedly, said it was some guy called Ray Harryhausen. To paraphrase Leonardo DeCaprio from Django Unchained, ‘dearest daughter, you had my curiosity but now you have my attention’.

I told my daughter that she had to get me an invite no matter what, or she would be written out of my will. She in turn told me she wanted my framed original linen-backed Rio Bravo quad poster when I dropped off the perch so we had a deal.

The next day she rang me back and said Gareth had managed to squeeze me in which had proved somewhat difficult as, unsurprisingly, the event had been sold out. Hey, what can I say? It’s who you know, right? I had actually briefly met the great man a few years before at the National Film Theatre, when I attended one of the occasional workshop events he hosted back in the day.

I have to say the event was sparsely attended, which was a shame because here was an opportunity to hear and see a genuine genius and giant of the cinema talk about and illustrate his work with clips from his own films. Like many dedicated Harryhausen fans I had bought a copy of his Film Fantasy Scrapbook back in the early 70s and he kindly signed it for me, after which I wandered off into the night, a forty year old man on the outside fighting to control the twelve year old kid I knew I still was on the inside.

For the media lunch event I took along a new book he had co-authored with film writer Tony Dalton called An Animated Life. I turned early up at the venue, a small room at the top of a restaurant located just off New Bond Street, in the hope of having some quality time with the great man before the rest of the audience arrived.

Expressing my gratitude to Gareth for managing to get me into the event, you can imagine my surprise when he told me that he had also reserved me a place on the same table as Ray Harryhausen. Just when I thought things couldn’t get any better the guest of honour appeared unobtrusively and sat in the corner away from the gathering crowd. I tentatively approached, offered my hand, and asked if he would autograph his book for me.

It’s difficult to know what to say to someone you’ve kind of worshipped for over forty years when you meet them in the flesh. I mean, here was the man responsible for some of the most memorable film sequences from my childhood. 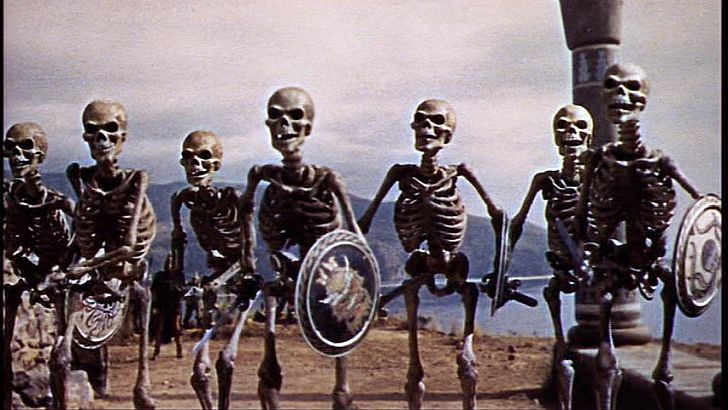 Talos eerily coming to life in Jason and the Argonauts, the gothic skeleton fight in The 7th Voyage of Sinbad, the Rhedosauras destroying the lighthouse in The Beast From Twenty Thousand Fathoms, the ground moving to reveal a giant crab in Mysterious Island, the cowboys lassoing a Tyrannosaurs Rex in Valley of the Gwangi – I could go on but you get the picture.

For some reason the first question I asked him was how did he react whenever someone like George Lucas or James Cameron referred to him as a genius? He looked at me for a few seconds then adopted a cheesy grin to indicate he appreciated that kind of compliment but didn’t really take it seriously.

I then asked him if he was looking forward to seeing Peter Jackson’s take on King Kong which was due for release the following year. He said Jackson had arranged a private screening for him to check out the work in progress. I asked what he thought to which he replied, ‘lot’s of dinosaurs’.

He also mentioned that he had recently been in New York filming some promotional materials for the release of the new King Kong film. This involved him meeting up with Fay Wray, the screaming heroine from the original 1932 version, on top of the Empire State Building.

We chatted a bit more after which the main event started with Mr Harryhausen talking to a very crowded room about his work, plugging his latest book, co-authored again with Tony Dalton who was also present. After the Q and A the guest of honour then pulled a small box out of a bag he had brought along to reveal one of the actual skeletons he had animated for the fight scene in Jason and the Argonauts.

It was about seven to eight inches tall, a little worn obviously as this was just over forty years since the film had been released. He then confided to me that this might also have been the skeleton he used for the sword-fight sequence with Kerwin Mathews in The 7th Voyage of Sinbad, but he couldn’t confirm it as there were numerous other miniature skeletons in his collection back in his studio.

It’s difficult to convey the delight I experienced being in the company of someone who to me represented living film history. To then have the opportunity to see at first hand an example of the great man’s work in the flesh, as it were, is beyond words. I guess it doesn’t get any better than that. In fact I was so delighted at meeting my hero and that he was actually spending quality time with me that I decided not to steal the skeleton when he wasn’t looking. 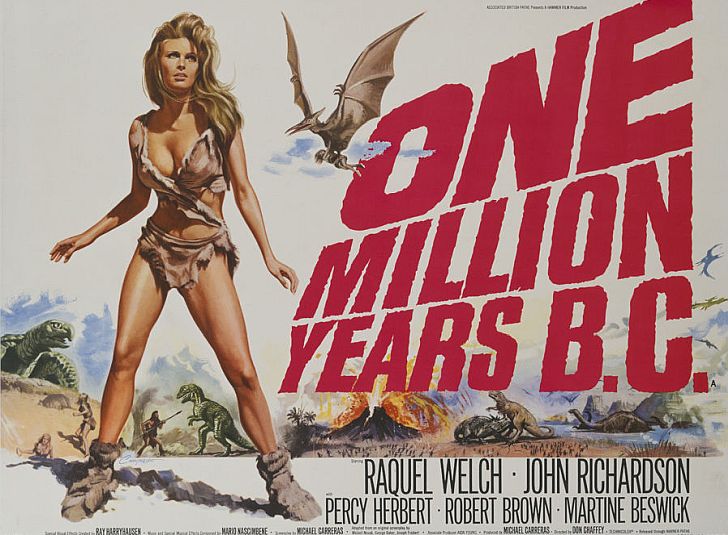 One other question I remember asking was why he felt they had to cut the Brontosaurus sequence from One Million Years BC, considering how much effort it must have taken to animate the creature in the first place.

There’s an actual still showing a couple of cavemen confronting the beast with raised spears. Ray and Tony – I can call them by their first names now seeing as we were getting on so well by then – told me that the scene was mocked up for publicity purposes and never actually existed as a full-blown animated sequence in the first place. I’m sure by now that this must be common knowledge among all the Harryhausen fans out there but maybe not back in 2004.

My daughter also attended the event and had the good sense to take along one of those old fashioned cameras that captured images on film. Somewhere up in the loft is a set of photos of me with my new best friend Ray Harryhausen posing with a very small skeleton balanced precariously on a restaurant table – the skeleton, that is. Now that I’m retired I’m going to venture up into the attic and try and track the photos down to prove to myself that it wasn’t all a dream.

One final observation on the great man himself, who sadly passed away at the age of 92 in 2013. On one of the many DVD releases of Ray Harryhausen’s movies there’s a short piece of film showing him receiving an Oscar Lifetime Achievement award from Tom Hanks. As he walks off the stage Tom Hanks confides to the audience that ‘some say Gone With The Wind. Some say Casablanca. I say, best film ever made – Jason and the Argonauts’. That twelve year old kid inside of me couldn’t agree more.