John Wayne plays a bit of a scallywag in this one, but despite this, he still manages to get the girl.

The opening of the film features a spectacular looking landscape with lots of cattle being driven through the wilderness accompanied on the soundtrack by a song that comes across like an earlier version of “Red River”. 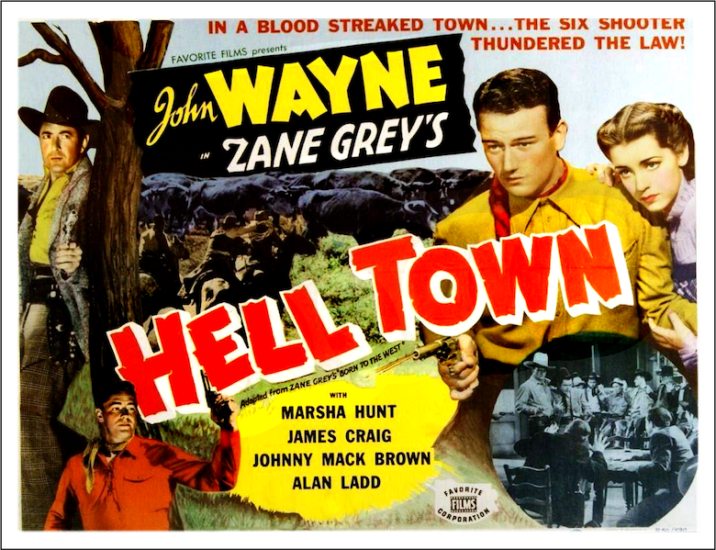 Based on a Zane Gray novel, Duke plays a card-practising character with the rather strange name of Dare Rudd who, along with his partner, Dink Hooley, played by Syd Saylor, stumble across a bunch of rustlers trying to steal a large herd of cattle.

The footage for this sequence is apparently taken from an earlier silent version of the film, and it’s a bit confusing to say the least, what with JW and his companion accidentally siding with the rustlers before being apprehended by Tom Fillmore, played by John Mack Brown, or Johnny Mack Brown as he later became known, who turns out to be JWs cousin.

America may be a big country but in the land of the low-budget oater, apparently not so much.

Seemingly bereft of any kind of family loyalty, JW starts making eyes at cousin Tom’s gal, Judy, played by Marsha Hunt, despite knowing Tom is sweet on her.

The real villains of the piece, however, turn out to be Bart Hammond, played by ubiquitous actor Monte Blue, and rustler Lynn Hardy, played by John Patterson, who attempt to relieve cousin Tom of his ready-for-market cattle, the herd that Hardy had failed to steal at the beginning of the film.

After rescuing Judy when her horse is spooked by a rattler, cousin Tom rewards JW by giving him the job of herding his cattle, displacing Hardy as Tom’s original trail boss who had intended to steal the cattle at a later date, what with him being in cahoots with bad Bart Hammond. 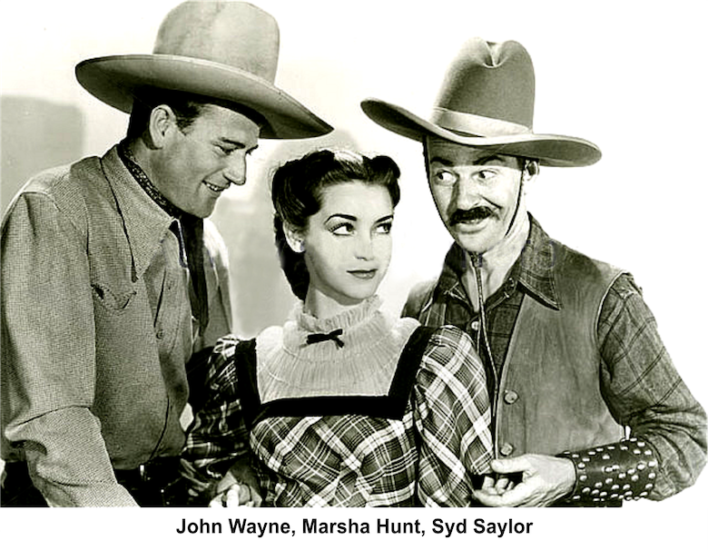 Hardy lets on to Hammond’s gang of rustlers that they can steal the cattle but JW has already figured out there’s villainy afoot and tricks the rustlers into thinking the good guys are asleep, driving the varmints off before they’re able to snaffle the herd.

Unfortunately, JW ain’t as smart as he thinks he is. After safely delivering the cattle and picking up a whole bunch of money earmarked for cousin Tom, he gets taken in a card game by the “best poker player west of the Mississippi” and starts to lose it all.

The sap known as cousin Tom tells Judy he gave JW the job of herding and selling his cattle in the full knowledge that our boy would show his true colours, which he does by gambling away Tom’s money.

Judy persuades Tom to give JW another chance so he rides off to fetch JW only to find him losing ten thousand dollars at poker. Tom steps in, gets most of the money back then foils Hammond’s plans when he realises JW has been the victim of a rigged game.

This ostensibly makes cousin Tom the real good guy and JW a bit of a hapless loser. Tom’s reward for this is to be shot before he, JW and Dink hightail it out of town with the bad guys in pursuit.

Dink rides off to get help from the good guys who have already left town and Hammond and the other galoots get their just deserts in a shootout at the end.

Cousin Tom, who must have huge self-esteem issues, not only engineers a love match between JW and Judy, he also offers his wayward cousin a partnership in his company. Go figure.

Duke was on loan-out to Paramount from Republic on this one and it really shows in terms of Paramount’s more ambitious production values coming to the fore, particularly as regards both the script and the soundtrack, the latter featuring a pleasant instrumental rendering of “Don’t Bury Me on the Lone Prairie “.

It also makes quite a refreshing change to see JW playing a bit of a rascal for once as opposed to the morally upright straight talking hero we’ve all come to know and love, and it quite suits him to be honest.

One to catch if you haven’t seen it already.