At the end of The Searchers, John Wayne famously stands in the doorway as the family he has helped to reunite disappear into the darkness of the cabin in front of him. Before turning away into the four winds that will carry Ethan Edwards away to an unknown future, Wayne clutches his lower right arm with his left hand. 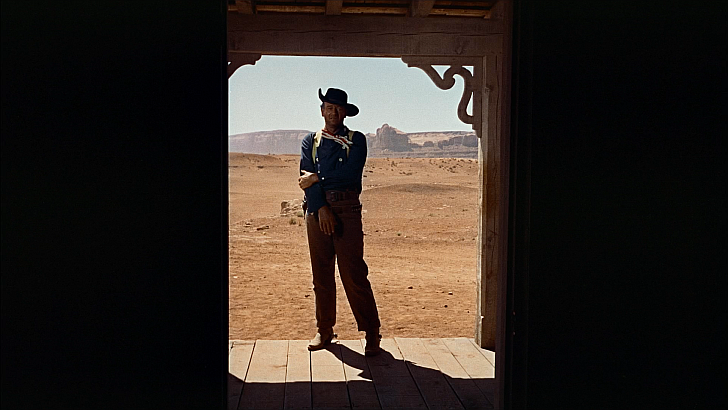 image:
The actor later said that this gesture was both a tribute to the actress Olive Carey, who had just previously walked off-camera into the cabin, and to her husband, Harry Carey Senior, who had starred in a large number of the early Westerns John Ford directed back in the silent period. Carey and Wayne had also previously worked together in The Shepherd of the Hills, Angel and the Badman and Red River, before Carey Senior passed away in 1947.

John Ford is quoted as saying that the actor, ‘tutored me in the early years. I learned a great deal from Harry Carey’. The director, who was working at Universal under the name of Jack in 1917 when he began his own career established, along with Harry Carey Senior, a relationship that would serve as a template for Ford’s later partnerships with actors such as Henry Fonda and John Wayne, with Carey embodying the archetypal ‘good bad man’ character that featured in Ford’s later films.

Ford and Carey first worked together in 1917 on The Soul Herder. By the time they made their last silent film together, Desperate Trails in 1921, the director and actor had collaborated on twenty-five known titles, the majority with Carey as the recurring character, Cheyenne Harry.

During that period, how much either Ford or Carey contributed towards the creation of Carey’s screen personality is difficult to evaluate. The writer Tag Gallagher maintains that Ford ‘often constructed a screen character by building on foibles or eccentricities already there in the actor. Thus, for example, Harry Carey became more Harry Carey than he actually was, i.e., more charismatic and relaxed’.

Over the four years that Carey worked with Ford, however, his onscreen character, like that of Wayne’s, evolved and became more complex, suggesting that the creation of the Cheyenne Harry character was as much Carey’s as it was Ford’s. The actor’s son, Harry Carey Jr, is of the opinion that, at the beginning of Ford’s partnership with his father, ‘the two of them were very much alike in their creative styles.

They loved the idea of the tramp cowboy, not the kind with the fancy clothes. Cheyenne Harry was the sort of adventurous guy who doesn’t know what’s coming up next’.

Although the popularity of the Cheyenne Harry character with audiences was not in the same league as that of William S. Hart or Tom Mix, Universal Studios obviously recognised that Ford and Carey were a unique partnership.

In an age when the star was generally considered to be more important than the individuals behind the camera, it is interesting to note that Universal championed Ford’s contribution as much as that of Carey, as indicated in a studio advertisement from 1919. 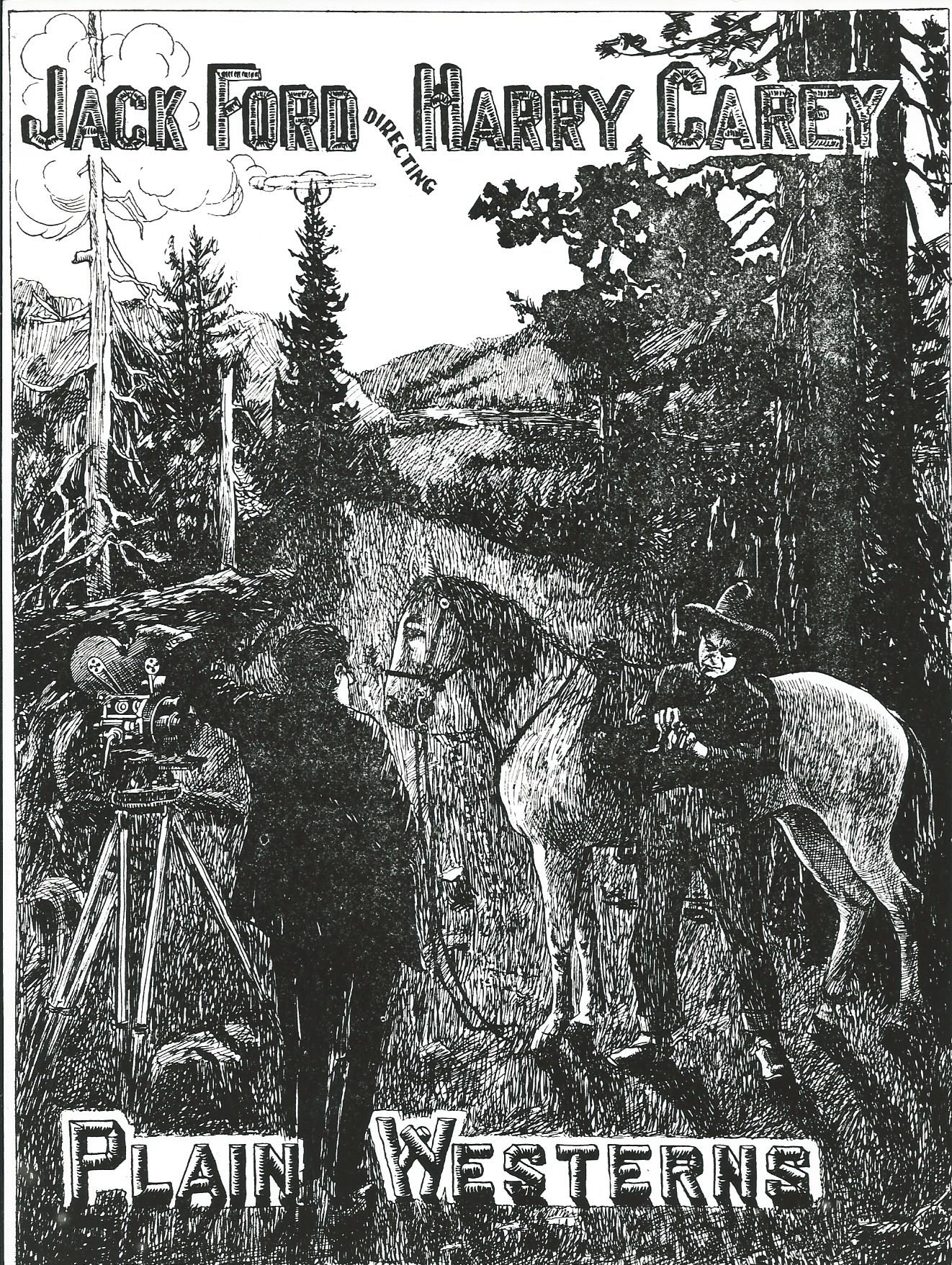 Despite the fact that Universal had their own story department, it has been suggested by a number of their contemporaries, as well as Ford himself, that both he and Carey wrote many of the scenarios for their own films. In an interview with Peter Bogdanovich, Ford attests to this by stating that ‘Carey and I usually wrote our own scripts. We finally got a writer who’d take it down in shorthand and tap it out for the crew’. According to Carey’s wife, Olive, ‘Universal would send out these terrible goddammned scripts.

Jack and Harry would have it all in their heads. They didn’t have anything on paper. Jack would get the picture finished, George Hively (who worked as a writer for Universal) would then write the script and send it in to the story department to keep them happy’.

The promotional materials issued by Universal Studios for the Cheyenne Harry films indicate that he was specifically marketed as an action hero, with contemporary reviews pushing the character as a bit of a loner who usually operates outside of the law. One review of Hell Bent in 1918 starts with ‘Cheyenne escapes the town of Rawhide after participating in a shooting’.

Also in 1918 another review, this time for Three Mounted Men, states that ‘Cheyenne Harry and Buck Masters, a forger, are serving sentences in jail’. The review in 1919 for A Fight For Love describes the main character as being ‘wanted for cattle-rustling’, and in Marked Men in the same year, Carey ‘serving a prison sentence for robbing a train’.

Of all of the films that Ford and Carey made together, only three have survived intact, Straight Shooting and Bucking Broadway, both made in 1917 and Hell Bent, released in 1918. Most of the Cheyenne Harry films were five-reelers and ran for about fifty minutes. Partial elements also exist for The Scarlet Drop and A Gun Fightin’ Gentleman, the veracity of the last title as a genuine John Ford film still under discussion by film scholars of the silent period.

The first three titles however provide enough material for the casual viewer to ascertain an idea as to how the working partnership between director and actor predates the type of relationship Ford formed with other leading men in his later films.

In Straight Shooting, Ford’s fifth film and his third with Harry Carey as Cheyenne Harry, Carey’s character was that of the good bad man seeking redemption through acts of self-sacrifice. 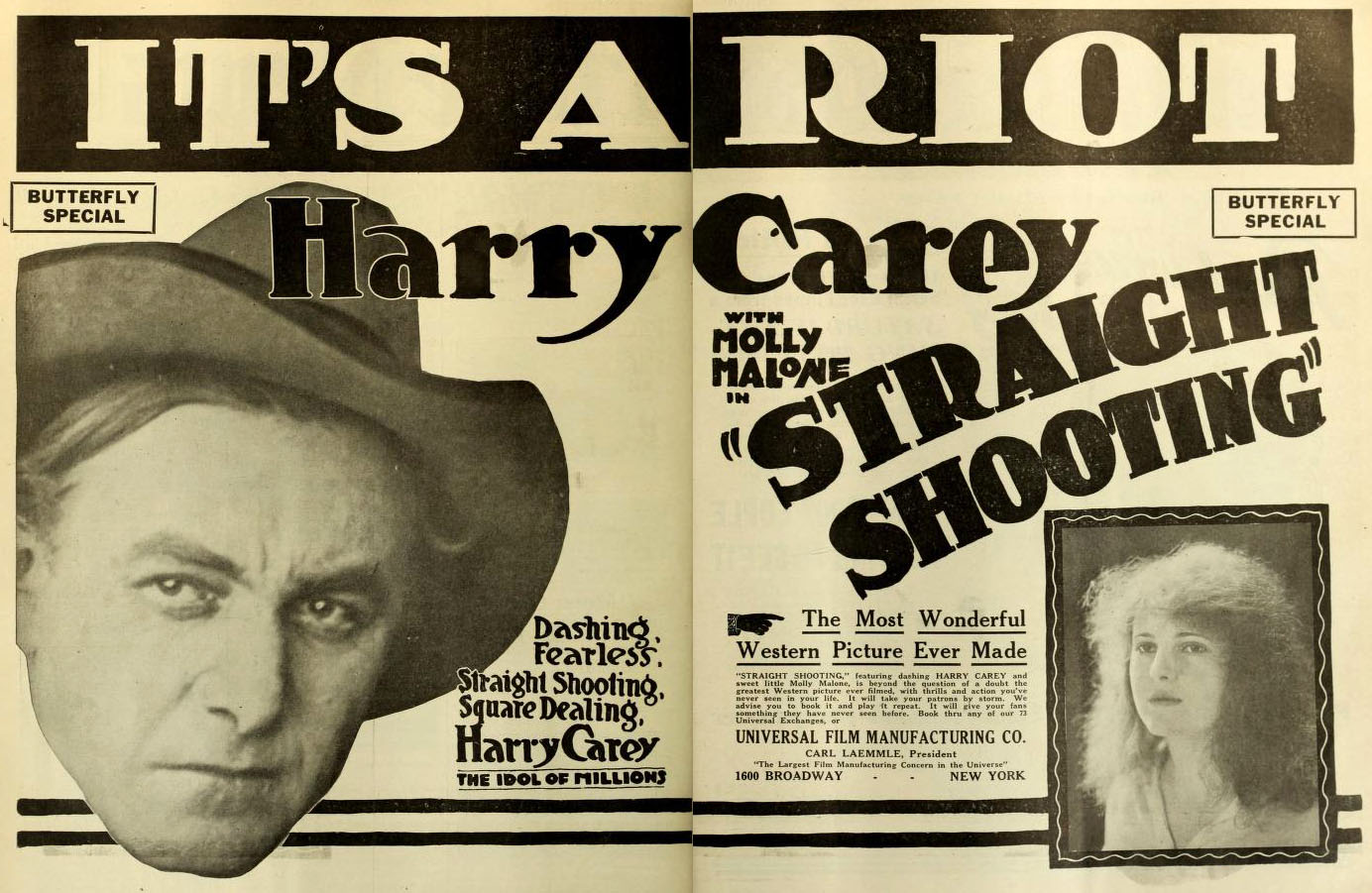 Cheyenne Harry makes amends for his past unlawful deeds by defying the bad men who have hired him to kill a family of homesteaders and drive them off their land, after which he is welcomed into the fold by a community that had previously cold-shouldered him. However, Harry gives up the opportunity to settle down with the woman he loves in order that she can create a family with someone who is more favoured and respected. This act of selflessness foreshadows that of another Ford character, Tom Doniphon, in The Man Who Shot Liberty Valance.

Realising that the woman he loves favours a more civilised man from the East, Doniphon first of all burns down the house he had built for his intended wife, and then partakes in an act of deception that ensures fame for the individual to whom he has lost his partner.

This was not the way Straight Shooting ended when originally released in 1917. According to the Ford biographer Joseph McBride, ‘The film has come down to us with what seem like two contradictory endings – one in which Harry decides to ride away, and another ending in which Harry tentatively decides to settle down’.

The former scenario, in which Cheyenne Harry leaves the community, is more in keeping with the nature of later Ford characters such as Ethan Edwards who effectively rejects the domesticity offered by those he has helped and wanders off into the wilderness. Upon re-release in 1925, a new ending was appended, one in which Cheyenne Harry shows intent to marry the heroine instead.

The shootout in Straight Shooting between Harry and the leader of the cattlemen prefigures the ending to Stagecoach, in which the Ringo Kid kills the men responsible for the death of his brother. There is a further comparison to be made between the two films, with both Cheyenne Harry and Ringo accepting the lure to finally settle down and establish a family.

There are also hints of Ford’s The Man Who Shot Liberty Valance in Bucking Broadway, in which Cheyenne Harry secretly builds a home for his girlfriend, Helen, in anticipation they will marry. The urge to establish a family life drives him to rescue her from the clutches of a nefarious cattleman who has lured Helen away from the range to the bright lights of the city. In this case there is a happy ending, something that becomes less frequent on John Ford’s films as his career progresses.

In Hell Bent, Cheyenne Harry takes it upon himself to rescue a young woman forced to work in a saloon by her brother’s outlaw gang. 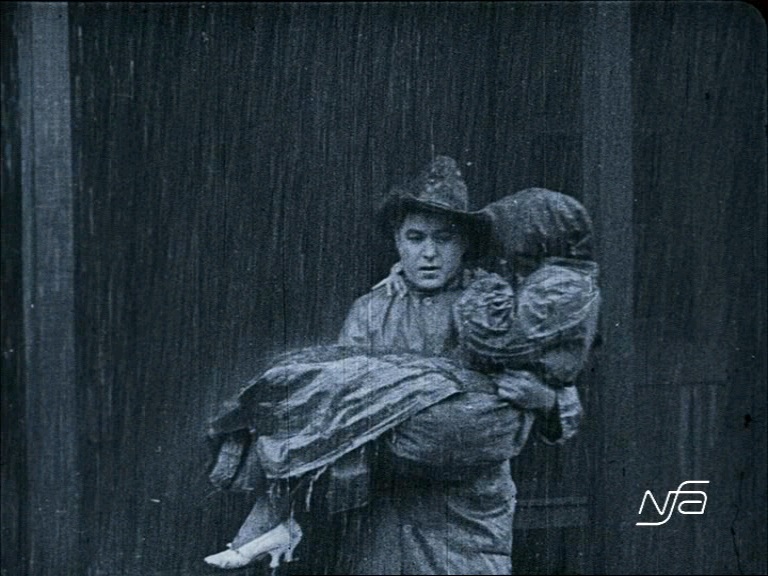 There is a striking similarity between this early Ford film and The Searchers, Harry’s gallant efforts in saving the young woman from the degradation of dancing in a low-life bar echoing Ethan Edwards returning his niece to the arms of her family. 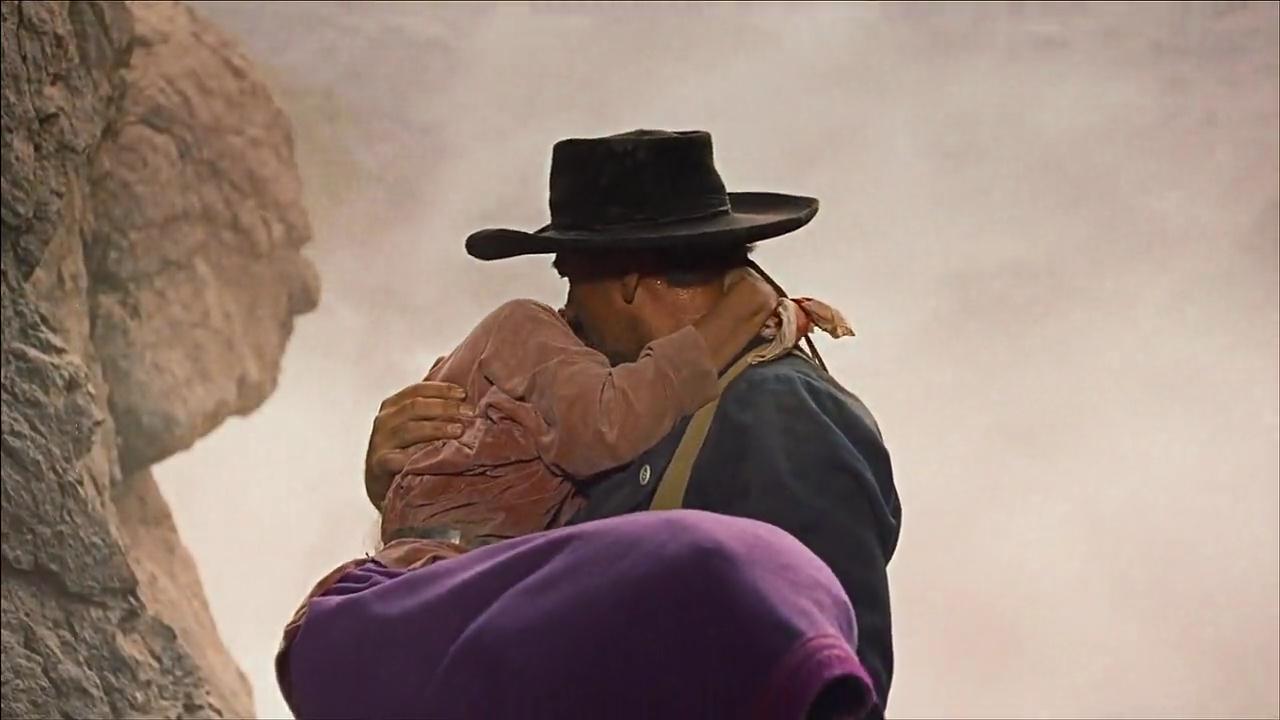 There is one other link between Ford’s work early directing career and the films he made with Carey between 1917 to 1921, and Ford’s later films. In 1948 the director made a film called 3 Godfathers, which was a remake of an earlier film he had directed back in 1919 with Carey called Marked Men. Just to complete the circle, John Wayne played Carey’s role.