We are well aware of some of the many famous movie quotes of John Wayne, but we thought it was about time to compile a list of quotes from some of the actors, directors and notably JW’s leading ladies who either worked with and/or admired the great man. 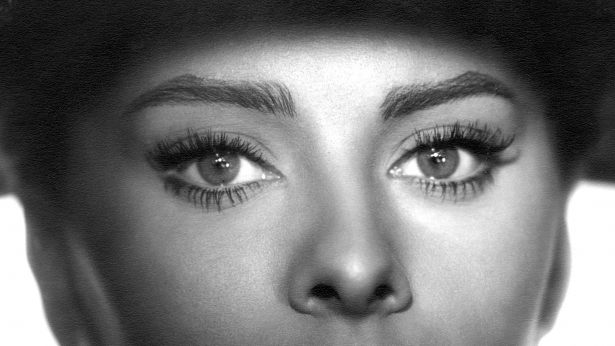 I’ve just spent the last month or so reading the excellent John Farkis book, “Not Thinkin’… Just Rememberin’”, a huge tome of over 1,000 pages dealing with the making of John Wayne’s pet project, The Alamo.

There’s a whole bunch of stories, incidents and quotes in the book that I’d not been aware of before, so I thought I’d take a couple of opinions by others on Duke himself as recorded by Farkis, and expand it to include quotes from various actors, actresses and directors who either worked with and/or admired JW.

Some of you may already be familiar with, some may not, but hopefully, you’ll find all of them insightful and give you pause for thought.

I’ve not ranked them in any way as I’m sure you’ll pick out your own favourite.

“Daddy, buy me THAT!“
Marlene Dietrich upon catching sight of JW for the first time (supposedly). The feeling was obviously mutual as she and Wayne embarked upon a seven-year affair not long afterward.

“He was a piece of work. He was like a twelve-year-old kid.”
James Caan being interviewed on working with Wayne in El Dorado. He goes on to tell a long and convoluted story in which JW got Caan into trouble with director Howard Hawks by contradicting what Hawks wanted him to do. Lucky for Duke it was Mississippi and not Sonny Corleone he was dealing with otherwise things could have turned out somewhat more violent.

“I certainly would have given anything to have worked with John Wayne. He’s the most attractive man who ever walked the Earth I think.”
Bette Davis, who sadly never got to star with the big man himself. I’m pretty sure there would have been fireworks galore onscreen if they’d ever worked together. Maybe offscreen too.

“If anyone’s gonna shoot me, I can’t think of anyone else I’d rather be shot by.”
Lee Marvin, who worked with Wayne three times, commenting on his demise at the hands of Wayne in The Man Who Shot Liberty Valance. As old Mose Harper might say, ‘Kind words, Mr. Marvin. Kind words.’

“John Wayne loved The Alamo like a man loves a woman once in a lifetime–passionately.”
The overwhelmingly lovely Linda Crystal, star of The High Chaparral and a constant presence in my teenage nocturnal fantasies back in the day. And in my current fantasies as well if I’m honest.

“There’s one thing John Wayne had, and that’s a presence. When John Wayne comes through a door, he’s a formidable being.”
So says Bruce Dern. That didn’t stop him shooting Duke ? times in the back though, did it? I tell you, with friends like these… 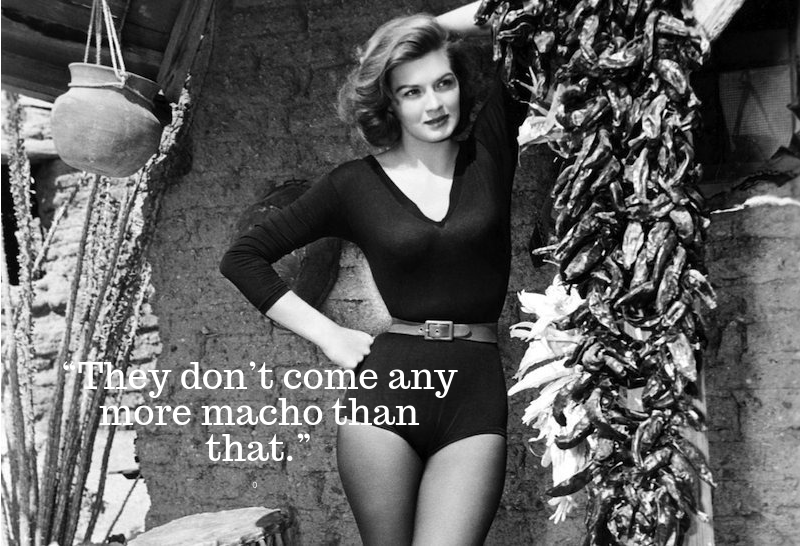 Angie Dickinson, Wayne’s co-star in Rio Bravo, pontificating on the manliness of the man who, when she falls asleep, picks her up from her chair, then carries her up the stairs in order to do manly things to her.

“He did a great job. This picture will make John Wayne the richest man in the world.” (from “Not Thinkin’… Just Rememberin’” John Farkis)

Laurence Harvey on the subject of The Alamo, and an unfortunately misguided opinion on how Duke’s efforts as producer, director and actor were going to bring him riches beyond his wildest dreams. Next week – Mr. Harvey on how Brexit will bring harmony to the UK and Europe.

“John Wayne was a very big star when we made Dakota…  He was so kind… He was so patient with me.” (from “An Interview with Mike Fitzgerald” WesternClippings.Com)

Vera Ralston, who was twice imposed upon a reluctant JW as a co-star by her lover, Republic studio head Herbert Yates.

Wayne’s subsequent remarks on what he actually thought of Miss Ralston and her acting abilities cannot help but lead one to the conclusion that someone isn’t being quite honest here.

“Unless he’s working with a damn good actor, he going to blow him right off the screen.” (from “John Wayne: Howard Hawks”)

Director Howard Hawks on Wayne’s propensity to overshadow many of his male co-stars.

“He was very easy to work with, a beautiful man.” (from “Sophia Loren: A Life in Pictures” )

Sophia Loren, who co-starred with JW in Legend of the Lost. As Wayne himself might have said in returning the compliment, ‘Well hell, Missy, “I was like his in-house commie. If anything went wrong on set, he’d yell, ‘Where’s that pinko Hopper?’” (from “When Piers Morgan Met Dennis Hopper” GQ Magazine)

Dennis Hopper on Wayne’s propensity to engage in balanced discourse with those who held opposing political views to that of his own.

Katharine Hepburn, making a very perceptive comment on Wayne’s acting style after having co-starred opposite him in Rooster Cogburn. She won more Best Actress Academy Awards than any other actress in the history of Hollywood, so I’d say she knew what she was talking about, don’t you?

“The perfect movie star is John Wayne… And there’s nothing wrong with a John Wayne movie.” (from “Interview with Kirk Douglas” Rogerebert.com)

Kirk Douglas, who played in three JW films, In Harm’s Way, Cast a Giant Shadow and The War Wagon. At the time of writing, Kirk’s still going strong at the grand old age of 102 so he must be doing something right. He’s sure saying something right too.

I think it appropriate to leave the last word on JW from the actress who perhaps knew him better than most:

JWs most popular female co-star, Maureen O’Hara, making the case in May of 1979 to strike a gold medal in the name of a dying John Wayne. Duke passed away two weeks later and the medal bore the legend, “John Wayne. American”. Way to go, Maureen.

Fifteen of JWs fellow thespians and acquaintances on the subject of John Wayne and why they admired him so.

Keep a lookout for a later article further on down the line when we reciprocate with a number of quotes from the great man himself on some of those individuals featured here.

2 thoughts on “John Wayne – Why They All Love Him”