As with our previous article on John Wayne’s top 20 box-office Western movies we’ve decided to consider only the domestic take. This time around though, we didn’t restrict the titles to those films that earned $4 million or above. We just went for the first twenty in an original list of thirty films. We also had to make a couple of assumptions on original budget just as before, this time around for “Flying Leathernecks” and “Hellfighters”.

An executive decision was taken to exclude both “Jet Pilot” and “The Greatest Story Ever Told” from this exercise. “Jet Pilot” apparently cost $9 million dollars to make and there was no way the box office take for that film would put it into the top twenty list. The latter was not included because a) JW is literally onscreen for only a few minutes and b) it was bloody awful. 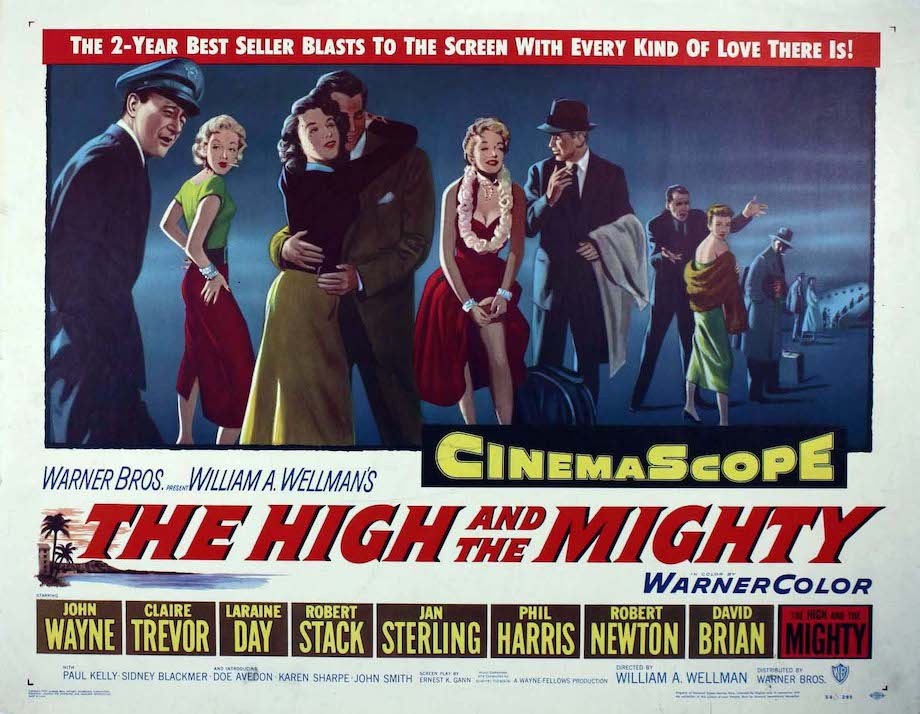 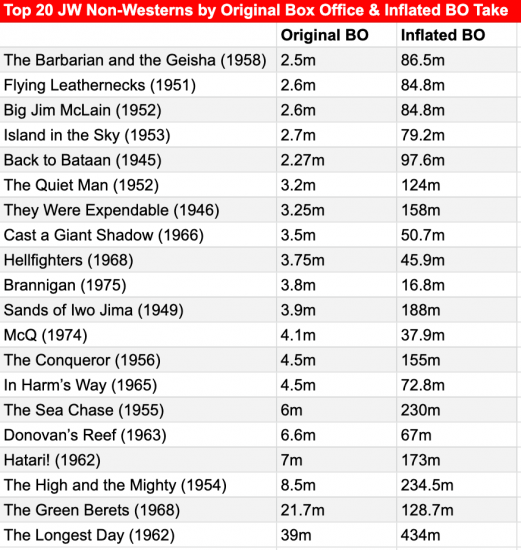 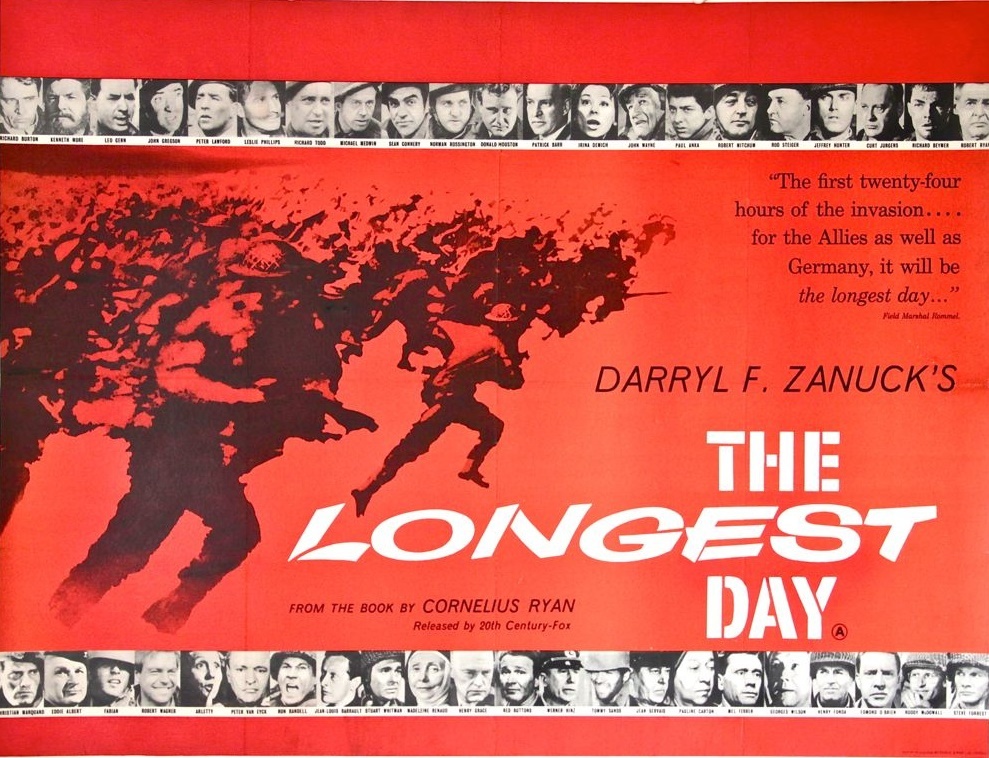 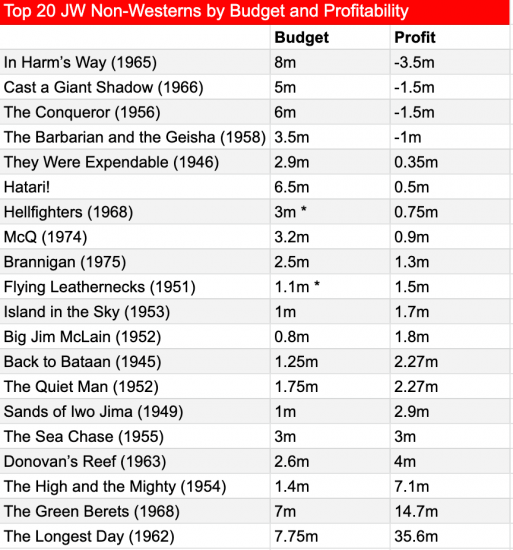 Now that we’ve gone to the trouble of compiling a list of top box-office movies for both JWs Westerns and non-Western films it makes obvious sense to combine both lists and come up with the ultimate John Wayne box-office top twenty titles from his long and varied career.

We’ve decided to just show the original box office take for the following titles alongside the profit after taking the budget of each film into account.

Other info can be gained regarding inflated box office figures and the budget in this and our previous article on JWs box-office record. 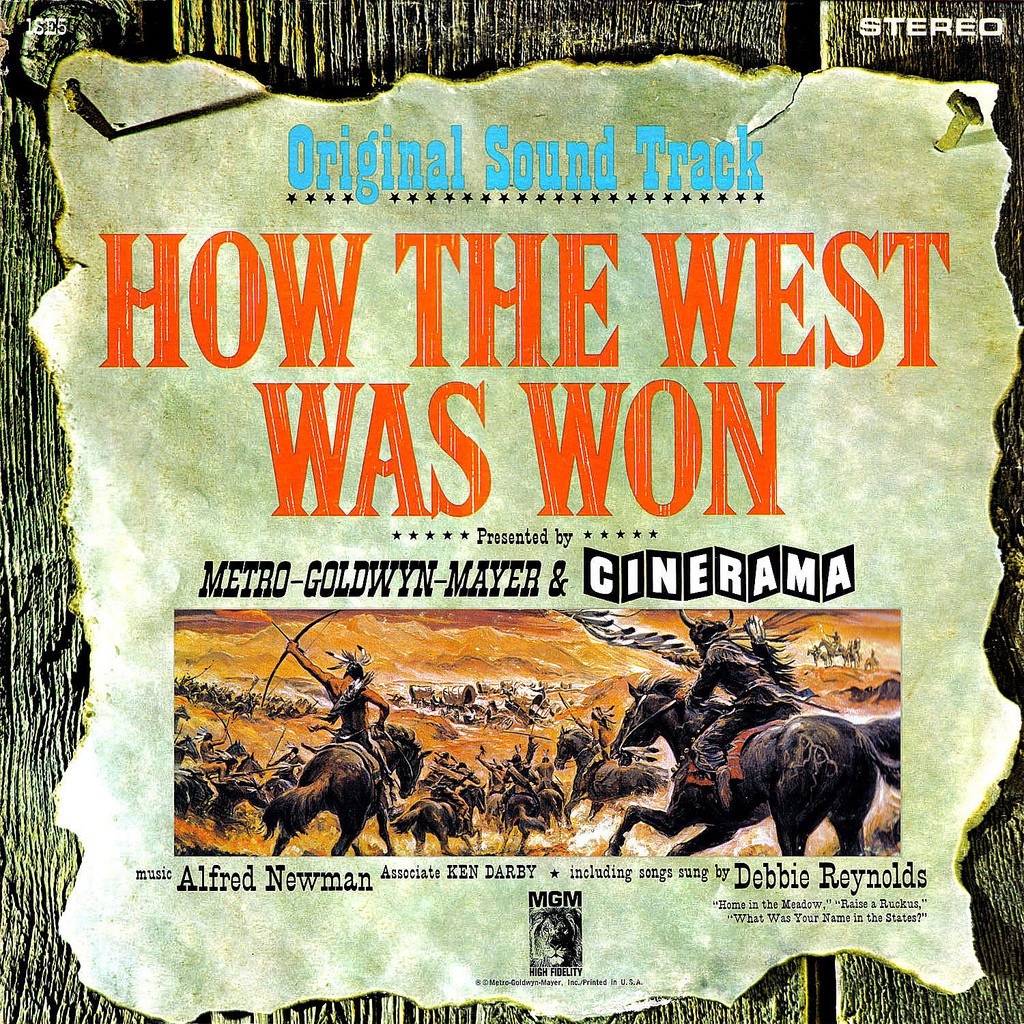 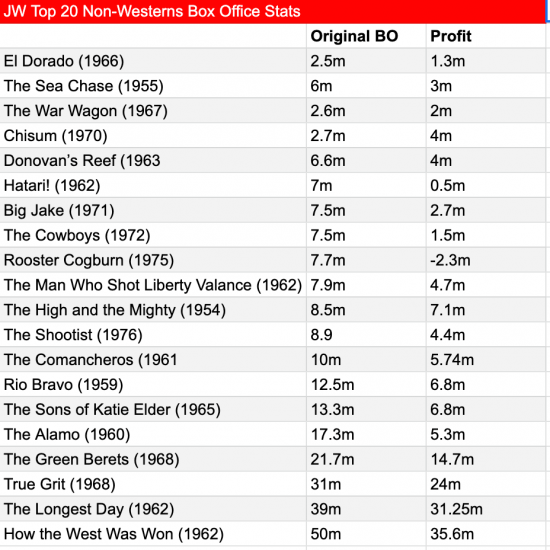 So there it is. 1962 proved to be a watershed moment for JW what with the top two titles being released in the same year.

Of course, if you’re looking for the best box office performance in movies featuring Wayne as the leading man then the top honour goes to “True Grit”.

In the meantime, for now we’ll just say vaya con dios, au revoir and adios amigos until we meet again.